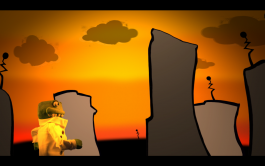 About the film – Doctor NEoN strives to create “The NEoN Sound” but by doing this he destroys his already abandoned industrial world.

About Luke – Luke is a musician and animator interested in music video and other combinations of animation and music. 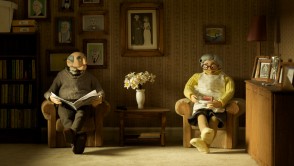 About the Film – Elderly couple John and Betty are happily married until John’s un-healthy obsession with solving crimes leads him to grow dangerously suspicious of his wife.
3D Puppet. 3 mins41

About Luke – Luke is a character designer, model-maker and animator. His involvement with animation stems from a combined passion of art, film, and story-telling. His greatest source of satisfaction comes from translating his designs into 3D objects and seeing them come to life on screen, as a result, he mostly works in stop-motion.

About Alex – Alex is an animator, photographer and editor who loves to tell stories and make films. He enjoys working with photography both professionally and as a hobby and loves transferring these skills into stop motion film making. His stop motion films have won awards at international film festivals and he has recently worked on a documentary for the BBC. 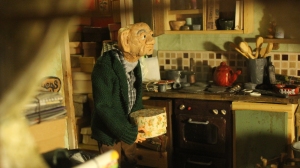 About the Film – An old man has become a recluse, locked away with the huge amount of stuff he has clung on to over the years, and it’s up to a young girl, who was only there to clean, to help him embrace the mess he is in.
3D Puppet.

About Vicky – I have always been interested in craft techniques and making small fiddly things, and found that stop-motion allows you to do this, and then bring these objects to life. I enjoy creating atmospheres and characters, and using a range of techniques and materials to tell a story.

About the Film – A sweet and light hearted story of a little girl and her best friend, a monster having fun playing together until interrupted when they are called in for dinner by mommy.
3D Puppet. 2mins10

About Jade– Jade is an aspiring puppet/model maker, character designer and animator who was born in Swansea, Wales. Her interests in drawing, art and film began at a young age, particularly within animation and creating unique and interesting characters. Her background within fine art has lead her to be passionate in design and sculpture. Whether in her 2d designs or 3d creations, having her art come to life is extremely fulfilling. Jade is keen on developing her skills and learning new techniques and processes drawing from her passion within sculpture and conceptual drawing.

About the Film – A girl has grandiose thoughts about her grandfather’s secret room.
2D Cut-Outs. 2mins45

About Jessica – Jessica is a growing visual artist. While animation is not her main area of interest, her love of images and story makes this a natural area of study. As a result, she is keen to experiment and push personal boundaries in an attempt to appropriately express the story and herself. Her work is informed by the interplay of memory and experience, life and people’s relationships with themselves and each other.

About the Film – Ivor’s life is turned upside down after a falling plant pot sparks a bizarre series of paranoid reactions.
3D Puppet & 2D paint. 4mins28

About Joseph – Joseph makes films, theatre and illustration work. His practice is fuelled by a desire to tell stories by utilising whatever may be around him. His films have won awards and been screened at festivals internationally and he has performed, written and directed for theatre. His illustration work has been exhibited in galleries in the UK.

About Emma-Rose – Emma-Rose Dade is a model maker, animator and photographer. Her background in fine art has given her a strong interest in working with materials and tactile elements to realise designs in three dimensional forms. For her, the bringing to life of inanimate objects is a thrill that does not grow old.

Helen Yates – The Bells of Dessledong 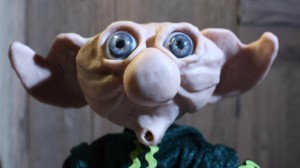 About the Film – A story set in the enchanted village of Dessledong; where the inhabitant’s lives are orchestrated by the ringing of magical bells. Their lives are suddenly thrown into chaos when the bells are accidently altered when a young villager’s impish curiosity gets the better of him.
3D Puppet. 4mins8

About Helen – I come from a (Fine) Art and Design background but have always had an interest in going into media later on. My interest in animation became apparent just before leaving school; I found it the ideal combination of art and storytelling. From this I have developed a preference to pre-production, script-writing and stop-motion production. My main influences include comedy (most genres), films with medieval/historical themes, Adam Elliot, Aardman Animations and certain aspects of photography and fine art. I aim to specialise in Producing after graduating, but will continue with model/puppet making, character design, story writing on the side.